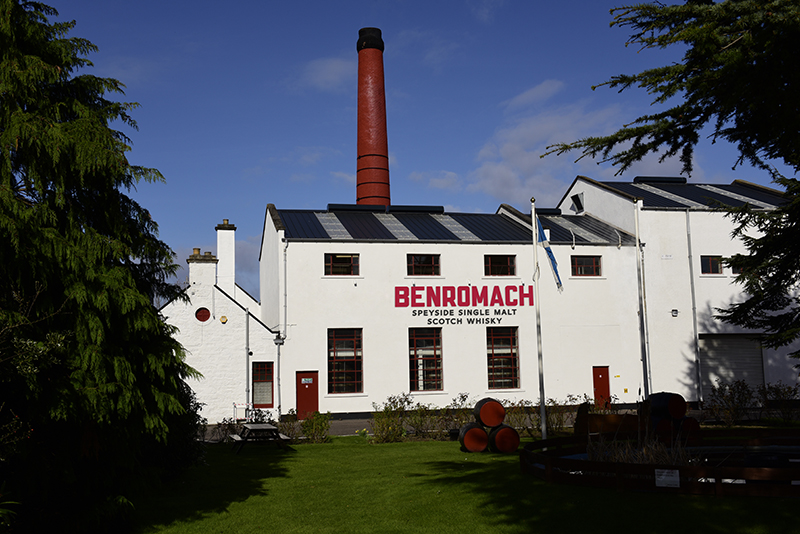 Aged in hand-selected Oloroso sherry casks for four decades, maturing to a complex profile of warming ginger spice, apple and orange notes, and a fresh citrus kick… it’s no wonder the Benromach Aged 40 Years single malt was recently titled ‘Best in Show’ at a prestigious competition.

This signature Scotch from a renowned Speyside distillery is the shining star of Benromach’s impressive collection. Underpinned by a significant whisky legacy and recognised for its attention to detail at every stage of the distilling process, let’s explore what makes Benromach a firm favourite amongst whisky lovers.

First established in 1898, Benromach is one of Scotland’s longest standing Speyside distilleries. With 125 years of whisky production under its belt, Benromach’s team of whisky masters has one simple aim: to make single malt the right way, with true character.

What makes Benromach different? The true innovation of this leading brand dates back to 1915… When everyone else was blending their whiskies, this whisky family’s ancestor began laying down casks of single malt.

The distillery has evolved over the years, including a five-year refit of the site that was officially opened by HRH Prince Charles in 1998. The resurrection of Benromach Distillery signalled the rediscovery of a lost style of Speyside single malt. Despite the ever-changing whisky landscape, Benromach has remained consistent with creating a style of single malt reminiscent of the days before commercial maltings.

The quality of a Benromach bottle is unmissable, and that’s thanks to the meticulous attention to detail throughout the process – from field to bottle. Here’s how they hand make each Speyside expression…

Mashing – Next, the grist is mixed with Speyside water. Benromach has used the same source for more than 120 years – the Chapelton Spring in the Romach Hills. Extracting the flavour from the malted barley, the process of converting the starch into sugar – called mashing – begins.

Fermentation – The lengthy fermentation process takes between three and five days, taking place in larch washbacks. Unlike other distilleries, Benromach utilises two types of yeast – brewer’s and distiller’s – giving a complete fermentation and contributing to its signature flavours.

Distillation – Using two bespoke copper pot stills, Benromach Scotch goes through double distillation to create a medium bodied spirit that’s perfect for maturing. The expert team has a keen eye for quality and only the best cut goes on to mature for a variety of lengths.

Maturation – A good cask creates a good whisky. With most of the flavour and character coming from the oak, choosing the finest cask is crucial. Exclusively using first-fill casks after their initial use for bourbon or sherry making, these subtle flavours are imparted into Benromach Scotch. Carefully stored and monitored, this iconic spirit is matured to perfection.

Here at Whisky Kingdom, we have an impressive collection of Benromach bottles – all offering a variation of its classic flavour profile to try. From the Peat Smoke range to bottles aged to perfection, there’s a Speyside Scotch for everyone.

Not sure if a Benromach bottle is for you? Why not try the Benromach 1969 Connoisseurs Choice miniature.