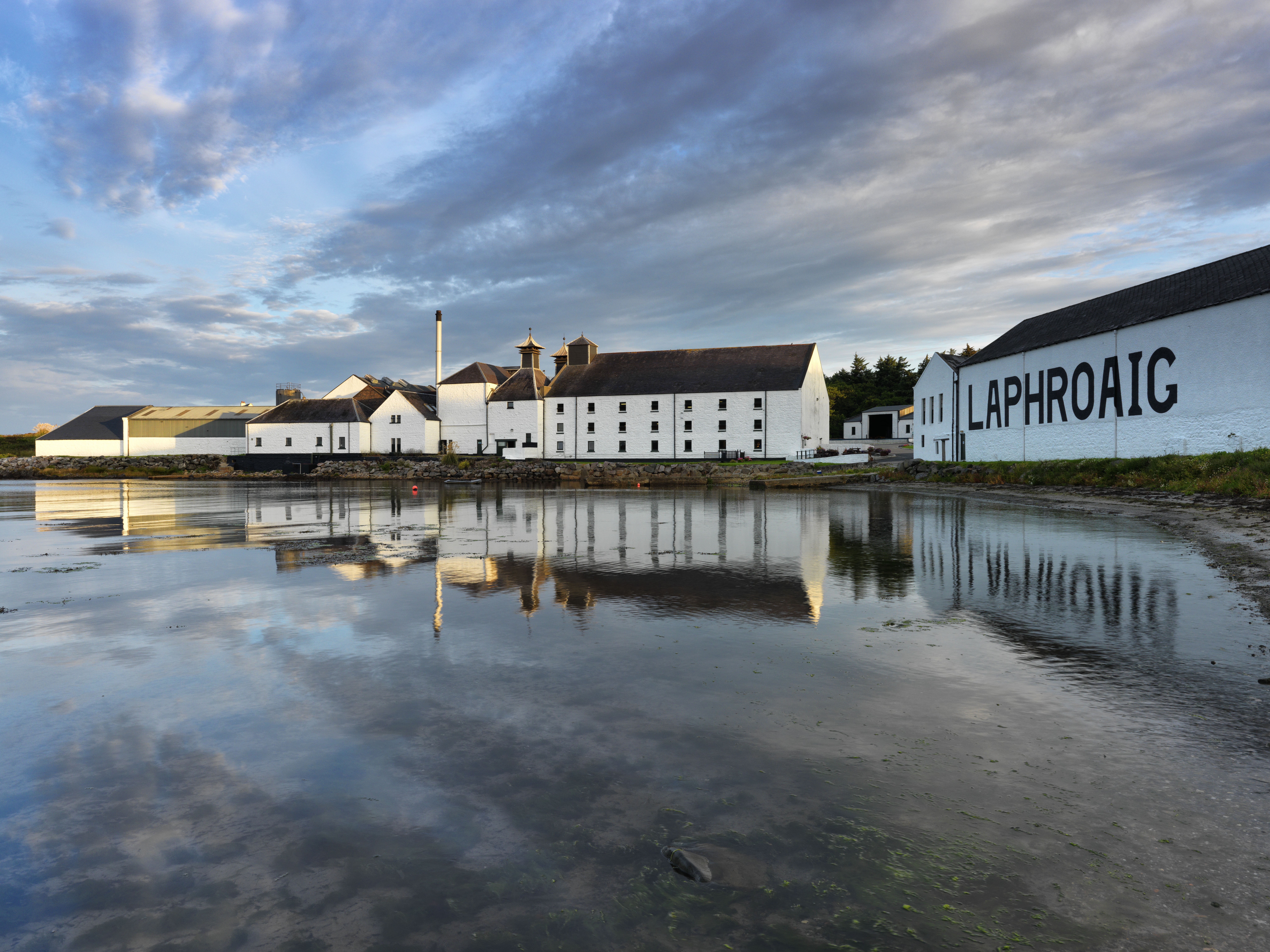 Pronounced ‘eye-luh’, Islay is a Hebridean island and a unique region of whisky production – famous for being fiery and heavily peated with distinctive maritime styles.

One of the longest-standing distilleries on the island is Laphroaig. Underpinned by an impressive legacy, Laphroaig is recognised around the world as a key player in scotch production. Let’s explore this special scotch…

Labelled ‘the most richly flavoured of all scotch whiskies’, casks are typically aged to 10 years, although the 15-year-old variety is a popular choice. In 2015, the distillery celebrated 200 years, so it’s safe to say they know a thing or two about producing iconic stills.

Laphroaig distillery is named after the area of land at the head of Loch Laphroaig, on the south coast of the island of Islay. Benefitting from a private supply of peaty water from the nearby Kilbride Stream, the distinctive tasting notes of Laphroaig are thanks to the water flowing downstream from Kilbride Reservoir.

Why is Islay famous for its peated single malt whiskies? The peat bogs of Islay are unlike those of mainland Scotland – made up of a much higher ratio of peat moss – providing a more medicinal taste.

For a small region of whisky distillation, there are many variations available due to the varying peat bogs across the island. The Laphroaig peat bog, Glenmachrie, is a unique mix of heather, lichen, and moss – responsible for the smoky, iodine-like, and medicinal profile.

The whisky making tradition of Laphroaig has been passed down by distillery managers since the first drop rolled off the still in 1815.

Each custodian brought their own influence over the years, but all respected the elements that make Laphroaig the whisky it is. Everything including the Kilbride Stream, hand-cut peat, floor malted barley, cold-smoking kilns, mash tuns, copper alchemy, and the subtlety of oak ageing. Each stage is crucial in producing the most richly flavoured of all scotch whiskies.

Going back to the beginning, two brothers, Donald and Alexander Johnston, leased 1,000 acres from the laird of Islay, for rearing cattle. That land is now known as Laphroaig. Using the surplus barley grown to feed their livestock, the brothers began to make whisky. It wasn’t long before this became a more profitable venture than raising cattle and that’s when Laphroaig whisky is said to have been ‘officially’ born.

Between then and now, ownership has changed, the distillery facilities have evolved, and the Laphroaig whisky range has become a global favourite.

This standout single malt is not to be missed, underpinned by centuries of island legacy. Here at The Whisky Kingdom, we have an impressive collection of Laphroaig bottles for you to try. Explore the range.