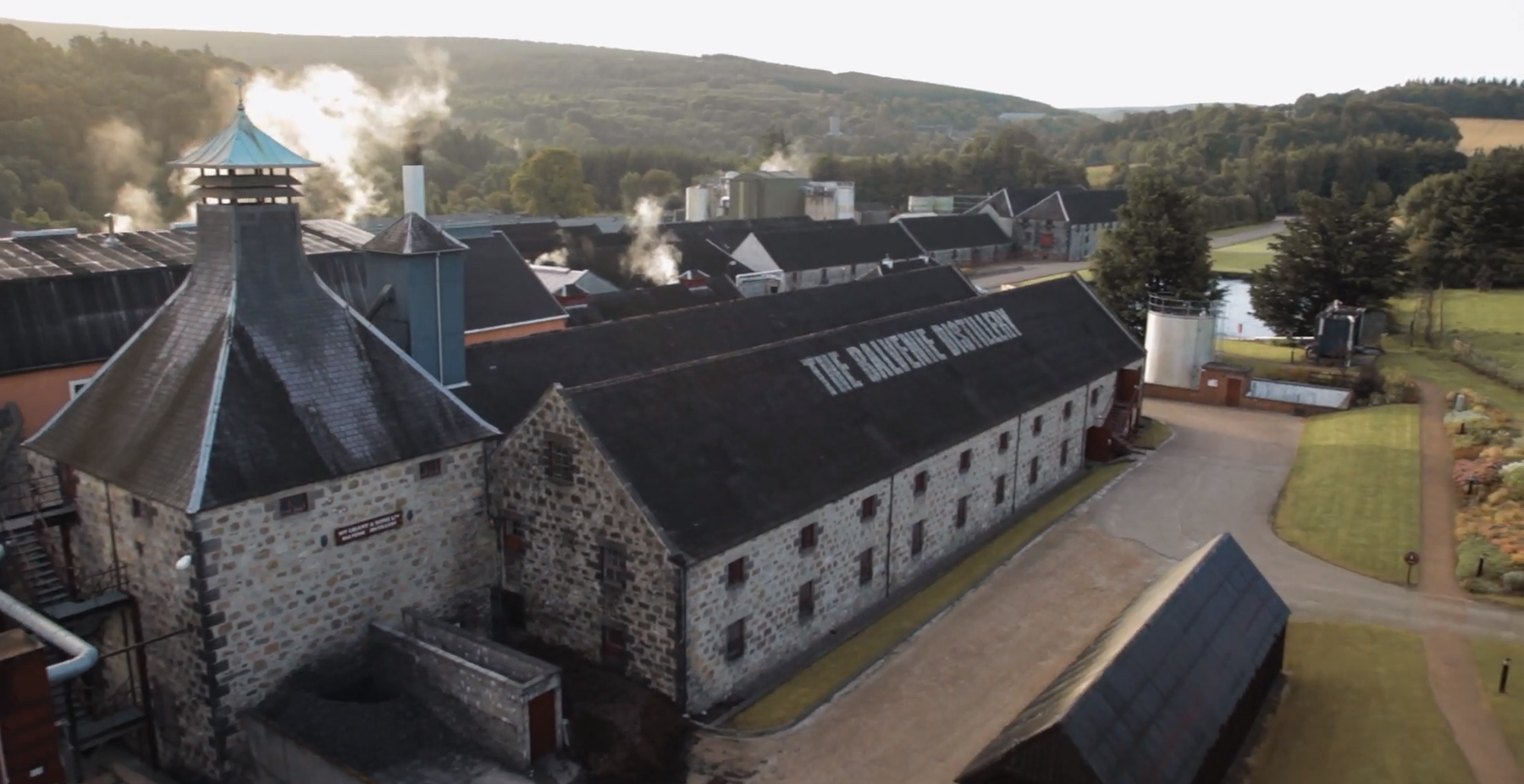 Dedicated to maintaining traditional whisky making processes, Balvenie is the only distillery in Scotland that still grows its own barley, uses traditional floor maltings and keeps both a coppersmith and a team of coopers on site. It doesn’t get more unique than that.

Here at Whisky Kingdom, we’re big fans of this iconic Speyside distillery and its renowned collection of exceptional single malts. Let’s explore the heritage and craftsmanship behind this signature Scotch…

Balvenie dates back to 1892, when Speyside local William Grant built the first distillery at the abandoned Balvenie New House. The following year, whisky production began and so did a long heritage of fine Scotch. The second generation of Balvenie was established in 1923 when William Grant passed away, with son John taking the reins and launching an expansion of the distillery.

Six years later, the distillery underwent a complete replacement of the original maltings. This traditional malting floor laid in 1929 is still in use today. It wasn’t until 1971 when the first official bottling of The Balvenie Single Malt was released with a maturation of over eight years.

One of the most highly regarded names behind Balvenie’s scotch collection is David C. Stewart MBE. David started working at the Speyside site in 1962 when he was just 17 years old. 12 years later, he became the distillery’s fourth Malt Master and went on to lead experimentation with maturing The Balvenie in two different wood types in succession, what would later be known industry wide as ‘finishing’.

At this time of innovation, in 1983 and under David’s direction, the first bottle of The Balvenie Classic was released. Just four years later, the distillery reached a historic landmark, releasing The Balvenie as a 50-Year-Old whisky. It is widely recognised as one of the industry’s first bottlings of such great age.

In 2004, David celebrated 30 years as Balvenie’s Malt Master with the release of The Balvenie Aged THIRTY Years. Continuing to lead experimentation, 2010 saw the launch of Tun 1401, the first of the Tun range in which David selected some of his favourite rare casks from their oldest warehouses, then married them in a Tun.

Future releases are dedicated to David’s legendary influence, including the 2015 launch of The Balvenie DCS Compendium – positioned as handover notes of David’s knowledge and expertise within the whisky industry in liquid and literary form – and the latest range in 2021, titled The Rare Marriages range – paying tribute to David’s dedication to designing and building exceptional flavour, through the marriage of rare casks.

As the longest serving Malt Master in the Scotch whisky industry, no one knows whisky like David does.

As the only distillery in Scotland that still grows its own barley, uses traditional floor maltings and keeps both a coppersmith and a team of coopers on site Balvenie is keeping traditions alive. At this famous Speyside distillery, they call it the Five Rare Crafts…

At Whisky Kingdom, we’re proud to stock a wide range of Balvenie bottles, including the renowned Tun range and the highly sought-after and collectible Rare Marriages collection. Discover this iconic distillery for yourself and explore the full range.