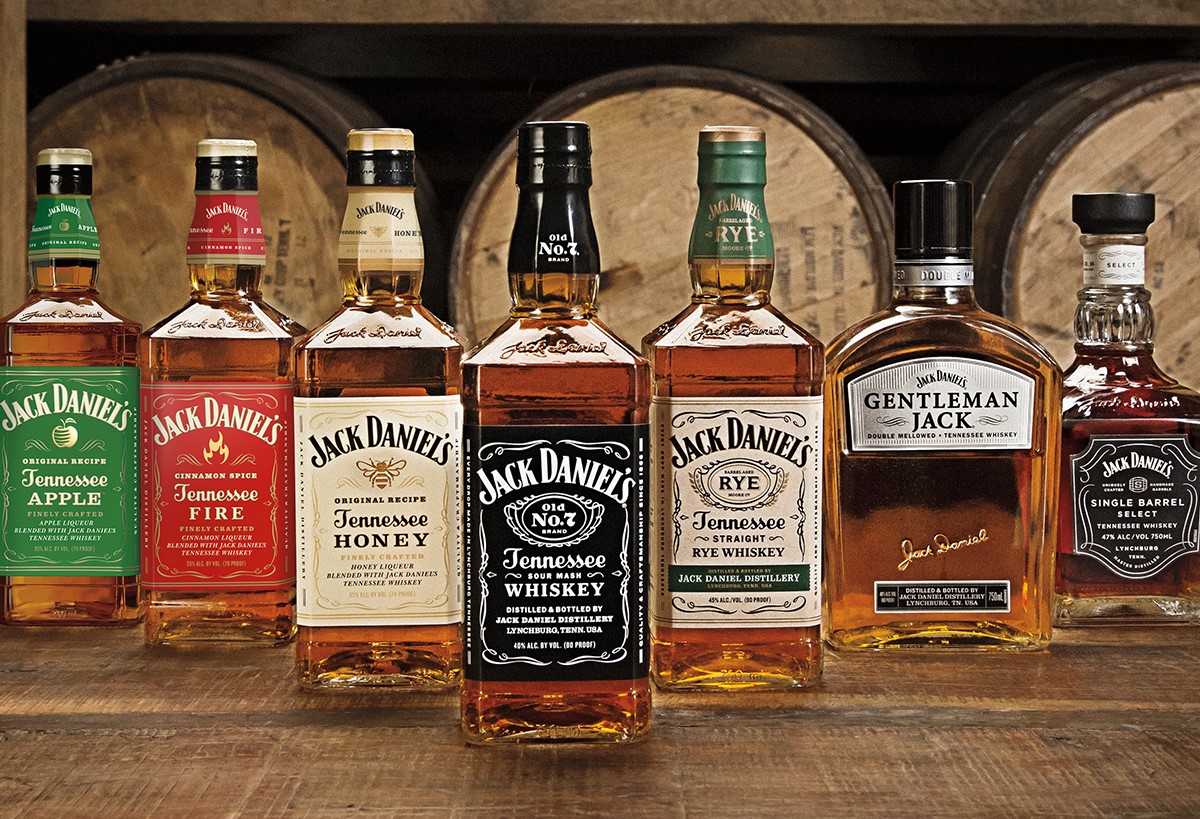 The King of Tennessee: Discover the Jack Daniel Distillery

A staple part of American history, the production of whiskey dates back to the 1700s when rye was first used to create the spirit in Virginia, Maryland, and Pennsylvania. Rapidly becoming a promising market, a tax levy was introduced which sparked resistance and a movement known as the ‘Whiskey Rebellion’.

It wasn’t until the next century that Jack Daniel’s was officially founded, but this iconic label is globally recognised as a leader in US whiskey production. Despite Kentucky-based Buffalo Trace Distillery claiming to be America’s oldest continuously running distillery, Jack Daniel’s is the oldest registered distillery with its official plaque proudly displaying, “Registered Distillery NO. 1, 1866.”

With more than 150 years’ of heritage, it’s only right that this world-famous Tennessee distillery is honoured. So, let’s explore its unique origin story, dedication to quality craftsmanship, and how it became the multi-brand giant that it is today…

Where it all began

In the early 1860s, a young Jack Daniel ran away from home. His Mum had died giving birth, with his dad remarried. During the Civil War, his Dad died from pneumonia, leaving his stepmother as his only legal guardian – someone he didn’t particularly like. After leaving home when he was just a teenager, Jack secured work on a farm where he learned how to make whiskey and thus starting his passion for whiskey production.

A fact you might not know is that Jack Daniel isn’t his real name. Born Jasper Newton Daniel but adopting the nickname of Mr. Jack, the name stuck. Ordering a Jasper Daniel’s just doesn’t sound right!

Whilst working at the farm, Jack met Master Distiller, Nathan “Nearest” Green, an enslaved African-American man, who would later become his right-hand man for the establishment of the Jack Daniel Distillery. Learning all he could from Nearest, Jack went on to hire him as the distillery’s first Master Distillery.

As the distillery began to gain popularity after being named Gold Winner for the finest whiskey at the 1904 St. Louis World’s Fair, new laws were on the horizon that would jeopardise the distillery’s success…

Where it all went wrong

During the 19th and 20th centuries, the temperance movement – a campaign to curb the consumption of alcohol – gained strength in Tennessee, and in 1910, Tennessee passed a prohibition law that barred the legal distillation of Jack Daniel’s within the state. Despite a legal challenge that went to the Tennessee Supreme Court, the law was upheld as constitutional.

During this time, Jack had stepped back from leadership of the distillery due to poor health, with his nephew Lem Motlow taking the reins. Because of prohibition in Tennessee, the company moved its operations to St Louis, Missouri, and Birmingham, Alabama, however the yielded spirit from these locations was never released to market due to quality issues.

It wasn’t long until the Alabama operation was halted, following a similar statewide prohibition law, and finally the St. Louis operation also ceased due to the introduction of the Eighteenth Amendment in 1920.

Amid this turbulent time in the distillery’s history, Daniel died from blood poisoning. The story goes that Jack kicked his safe in anger when he couldn’t remember the passcode, breaking his toe. It’s thought that his injury became infected and eventually led to his passing, however the accuracy of this story has never been officially confirmed.

It wasn’t until 1938 when production restarted, after Motlow became a Tennessee state senator and led the repeal of the prohibition laws himself. The difficulties didn’t stop there, however, as production ceased again between 1942 and 1946 when the manufacture of whiskey was banned by the government due to World War II. When corn of a good enough quality was available again, which wasn’t until 1947, Motlow restarted operations.

Where it is today

With 13 brands crafted from the Jack Daniel Distillery in Lynchburg, Tennessee, the whiskey giant is one of the world’s most-loved labels.

Unsurprisingly, it’s one of the highest valued spirits companies, with an estimated value of $6.5 billion in 2020. It has also been reported that more than 25 million cases of Jack Daniel’s whiskey were sold across 2020 and 2021.

Not faulting on tradition, every bottle of Jack Daniel’s is made with the water from the same source… The Cave Spring Hollow is Lynchburg. The distillery draws a whopping 800 gallons of water from the spring every minute!

The natural spring water is as clean as you can get, with zero sediment or impurities, whilst the cave’s limestone structure naturally imparts a variety of minerals which contribute to the renowned character of Jack Daniel’s.

Here at Whisky Kingdom, we’re big fans of this flavourful Tennessee whiskey, and that’s why we stock an impressive collection of Jack Daniel’s – including the Master Distiller range, the Legacy releases, and the highly sought-after 97 proof 10-year old bottle. So why not explore this legendary distillery for yourself…